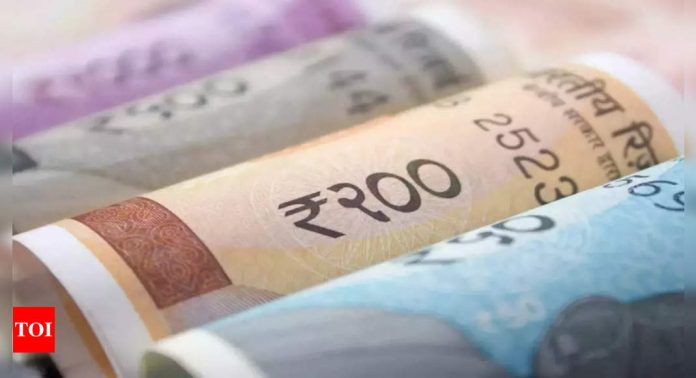 Post Views: 30
MUMBAI: The rupee started the New Year on a flat note on the first trading session on Monday as rising crude oil prices and sustained foreign fund outflows weighed on investor sentiments. Forex traders said the domestic unit is trading in a narrow range as the support from firm domestic equities and weak American currency is negated by the gains in crude oil prices and sustained foreign fund outflows.
At the interbank foreign exchange, the rupee opened weak at 82.66, registering a decline of 5 paise from the last close.
The local unit also touched an early high of 82.57 against the greenback in initial deals.
On the last trading day of 2022, the rupee had settled at 82.61.
The dollar index, which gauges the greenback’s strength against a basket of six currencies, fell 0.30 per cent to 103.52.
The rupee started flat this Monday morning amid lack of clues from the overseas markets. However, gains could be capped tracking the overall gains in crude oil last week, Sriram Iyer, senior research analyst at Reliance Securities said.
On the domestic macroeconomic front, India’s fiscal deficit at end-November touched 59 per cent of the full year Budget Estimate on increased capital expenditure and slow growth in non-tax revenue.
Meanwhile, India’s forex reserves dropped by $691 million to $562.808 billion as of December 23, making it the second consecutive week of decline in the kitty, according to the RBI data.
The collections from Goods and Services Tax (GST) grew 15 per cent to over Rs 1.49 lakh crore in December 2022.
On the domestic equity market front, the 30-share sensex was trading 210.53 points or 0.35 per cent higher at 61,051.27, while the broader NSE Nifty advanced 57.15 points or 0.32 per cent to 18,162.45.
Foreign Institutional Investors remained net sellers in the capital market on Friday, as they offloaded shares worth Rs 2,950.89 crore, as per stock exchange data.